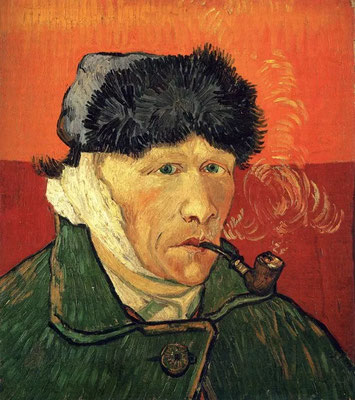 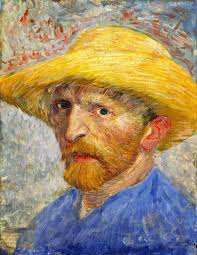 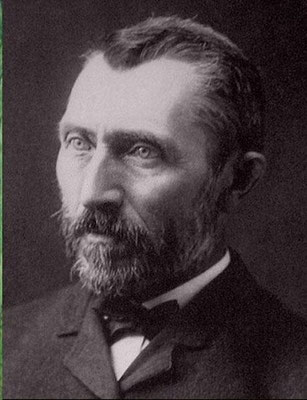 Vincent van Gogh is arguably Arles’ most famous son and the town authorities have spend a considerable amount of time and money over the years trying to leverage that idea into a marketable (and therefore profitable) concept.  This is not the place to give a complete account of van Gogh and his apparently agonised time in the town.  Thousands of books, journal articles, website pages exist for those who are interested to read a full cross-section of works that range from the scholarly (but not necessarily accurate) to the completely barmy.

A few salient facts are as follows:

·     Somehow (various opinions are held) the lower part of his left ear lobe (various opinions exist about how much) was cut off at the end of December.  It may (or may not) have been given to a prostitute for “safe keeping”.  It was not sent anywhere by mail as some stories go.  It is unlikely that the French postal service was any more reliable then than now and the bloody piece would almost certainly have been lost or delivered a year later to Marseille or London or New York.

·     He was hospitalised in Arles from time to time, stayed with his local doctor until he entered the mental hospital in St Remy de Provence in May 1989.

·     There are no paintings by Van Gogh in Arles.

The “spot the location of Van Gogh’s pictures” has developed into an honourable tradition over the years but for those who have a limited time in the town, the city has provided a Van Gogh Tour marked by faded ceramic tiles set into the pavement at various locations around the town.  This wonderfully eccentric guide is almost completely useless.  However, the city has also provided large ceramic reproductions of some of his best known works at locations which allow you to compare what van Gogh painted with what you can see now.  What one should learn from this slightly idiosyncratic comparison has always escaped me.  The relationship between what was there to start with, what Van Gogh saw and what he actually painted is complicated enough without factoring in the century of change that has followed.  However these are popular locations for tourists to snap “me and the ceramic reproduction of the Starry Night standing in front of the scene that now hardly resembles what van Gogh saw” pictures.

More interesting for those of a slightly philosophical mind (and ex-art historians like me) are the locations around the town where the old “does art have to imitate life?” question is turned on its head and life is made to imitate Van Gogh.  A few of them are: