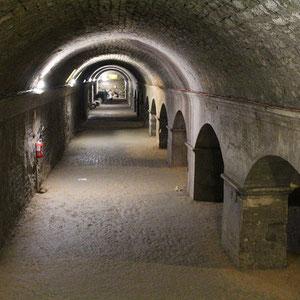 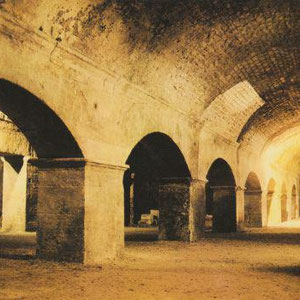 The land where the Romans decided to build the extensive complex of civic buildings that housed the forum and many other offices slopes down quite sharply to the River.  In order to level the area they built a series of arched, crypt-like structures so that the spaces above could be made approximately horizontal.  The forum is all but lost but one section of these foundations remains and is well worth the visit.  Recently re-opened after considerably renovation at the behest of the exuberant European Health and Safety laws, the entrance in now through the ground floor ticket office in the neighbouring Hotel de Ville.  For those of us with a longer memory of Arles this is a bit of a shame because previously you got in by a thoroughly perilous set of slippery, narrow stone steps in the nave of the old Jesuit Chapel on the rue Balze.  It was all rather an adventure and one could usually get in without paying once the old lady on the caisse had been distracted- which is presumably another reason for the expensive changes. The space may or may not have been used for grain storage.  It certainly was used as an air aid shelter during the American bombing of the town at the end of the Second World War.