The Baths of Constantine 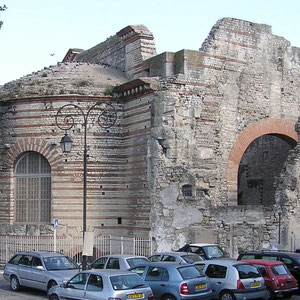 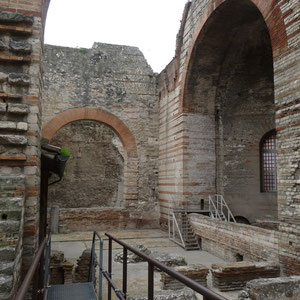 As the name implies, this is the site of some civic baths that were at the bottom (Rhône) end of the original Forum.  Now Constantine was emperor of Rome during the first thirty years of the fourth century and there is some debate as to when this structure was built as there is evidence that there were a number of similar thermal baths on this site and around the town.  However, again pedantry aside, what remains is impressive and very interesting indeed if you like Roman brickwork (which I do but many don’t).  Yet again, possession of a billet globale will help you decide.