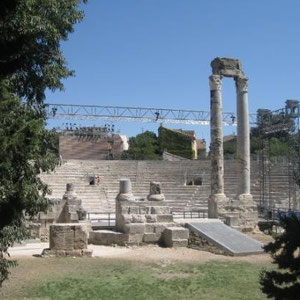 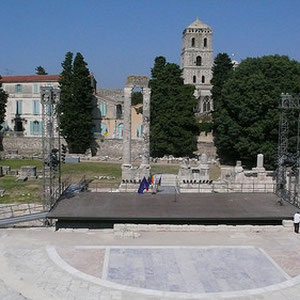 Although it is on the site (approximately) of the original, the present day structure is almost totally a 19th century reconstruction and has recently been aggressively transformed into a venue for pop concerts.  Almost nothing of the original remained as the stones were used to build houses in the town. You can see some original bits and pieces perfectly well through the railing along the side of the Jardin d’Eté or along the side of the Rue du Cloitre without paying an entrance fee. If you buy a billet global then it is included but if you haven’t, it might not really worth the visit.

Enough of the foundations have been uncovered to suggest that it was originally a full-sized theatre which means that the reconstruction model in the Antique Museum may not be far from the truth.  That is, however, heavily based on the theatre at Orange and may well be mostly guesswork. 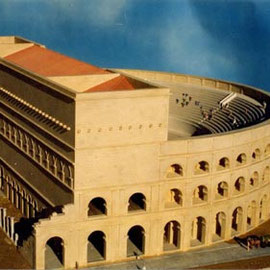 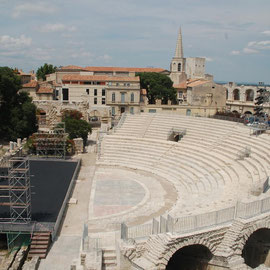