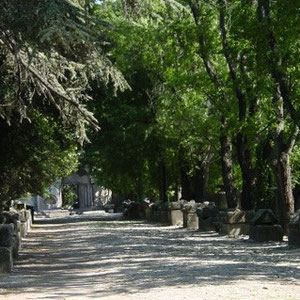 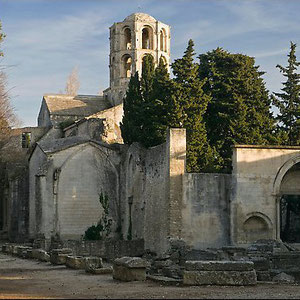 This is an avenue of undecorated Roman sarcophagi on the site of one of the ancient necropoli, usually built outside the city walls for reasons of hygiene as well as superstition.  This is one of those many places in Arles famous primarily because the fact that Van Gogh painted a picture of it.  It is a nice place without being spell-bindingly archaeological although whether it is worth the entrance fee could be debated.  Again possession of a billet globale might swing the decision.  The elegant little church of St Honorat, the fifth century Archbishop of Arles, at the end of the avenue is a modest late Romanesque building without much decoration.  Such carved sarcophagi as were found there (most good ones were found across the river in Tranquetaille) have long since been removed to the museum. 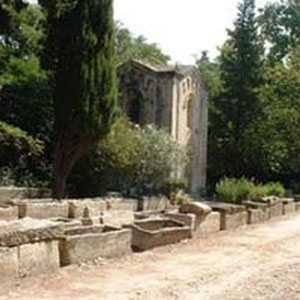 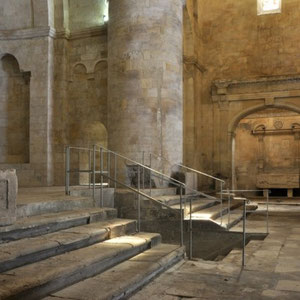