These stories are about Peter Smith, a man in late middle age who gets involved in murder and mystery in Arles in Provence.  He didn’t want to.  He had retired there to escape all that but for some reason things kept on catching up with him.  Odds and sods from the past; some useful, some not  Having spent a life that had wandered  aimlessly between teaching art history, business consultancy and some other less savoury projects for what is euphemistically known as Her Majesties Government, he finally felt that enough was enough. He had some things he wanted to do in peace and, being a generally curmudgeonly person, he wanted some solitude as well.  So he and his pet greyhound bought a house next to the Roman Amphitheatre and settled down to write a few books, practice his cooking and learn to tend his gratifyingly small walled garden.  An old and trusted friend from his days in the Service had move there a year or two before, ostensibly to sell rare books but more to collect them so there was someone to talk with from time to time and with whom to play chess.  Above all, of course, the sun was there to ease a body that was more than usually worn out after some closer than desirable encounters with some of Her Majesties enemies.

In spite of his wishes, his life remains eventful.  Some events are rather good; a beautiful woman from the Camargue, for instance, who seemed to become fond of him in spite of everything.  Some other new friends appear and some enemies too, old and new.

He gets drawn into some adventures much against his wishes and these are some of the stories. 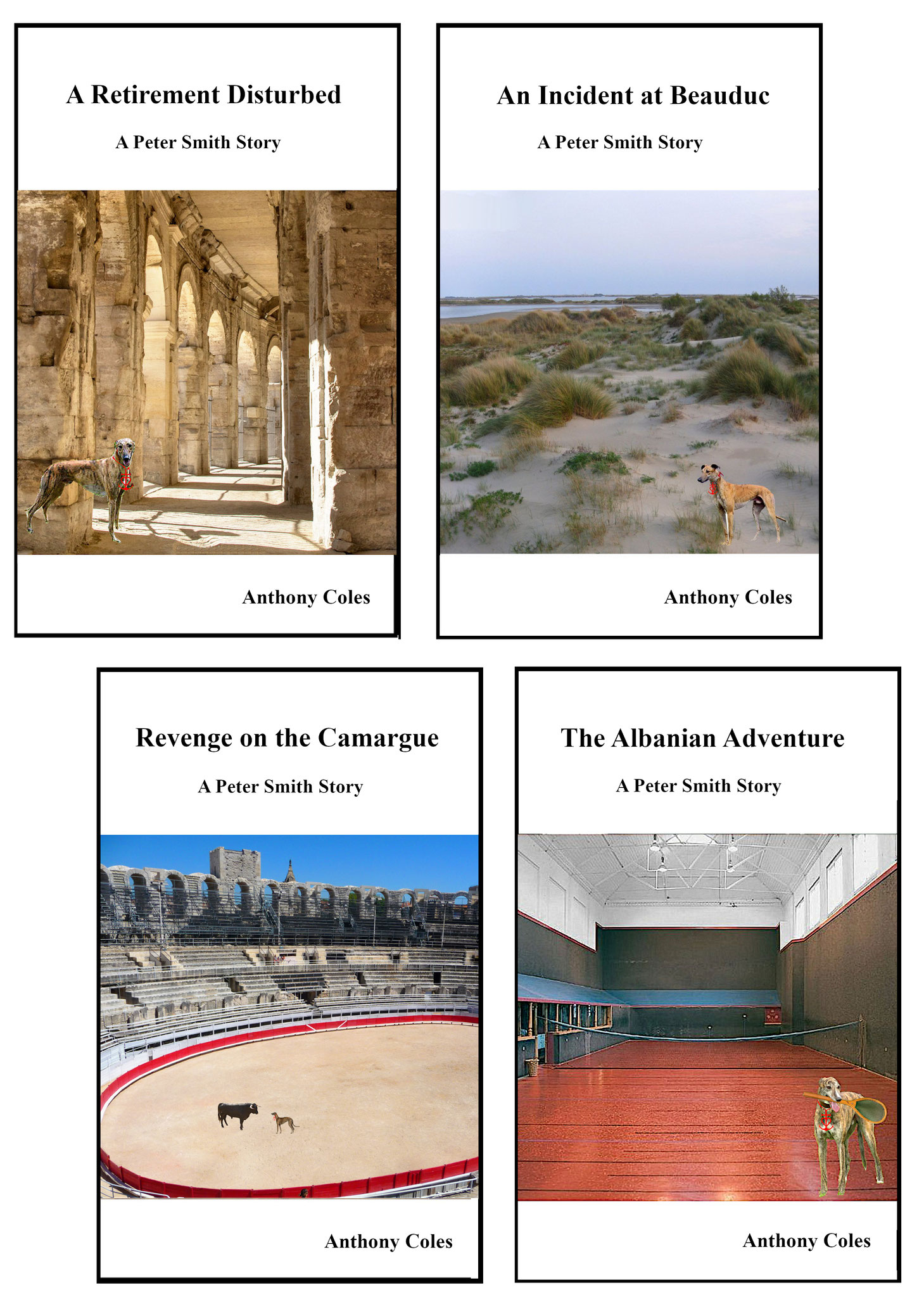